Menu
Accedi
Registrati
Install the app
You are using an out of date browser. It may not display this or other websites correctly.
You should upgrade or use an alternative browser. 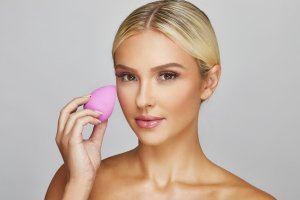 Shantal is a published model and a host of the podcast Coffee and Cleavage. She loves creating and has been featured in magazines, catalogs, billboards and constantly strives to evolve. Originally from a small town outside Seattle, Shantal always dreamed of being a model despite discouragement.

At the age of 18 she began building her portfolio while working several jobs and attending college. During that time she began growing on social media and traveling for freelance modeling jobs. She completed an Associate’s of Science degree as well as an Arts degree and studied Biochemistry at Arizona State.

After becoming Playmate of the Year she relocated to Los Angeles to continue modeling full time. She has continued to build meaningful collaborations that have lead to more publications, successful campaigns and grown her social media to 5M followers. Shantal loves spending her free time at the beach, hiking, trying new foods and spending time with her family and friends.
Clicca per espandere...

Shantal Monique - Cybergirl of the Week for PlayBoyPlus

Cybergirl of the Week - Shantal Monique - Playboy Plus

I believe that if I work hard, I can achieve anything no matter how long it takes, says Shantal. After studying to be a medical lab...